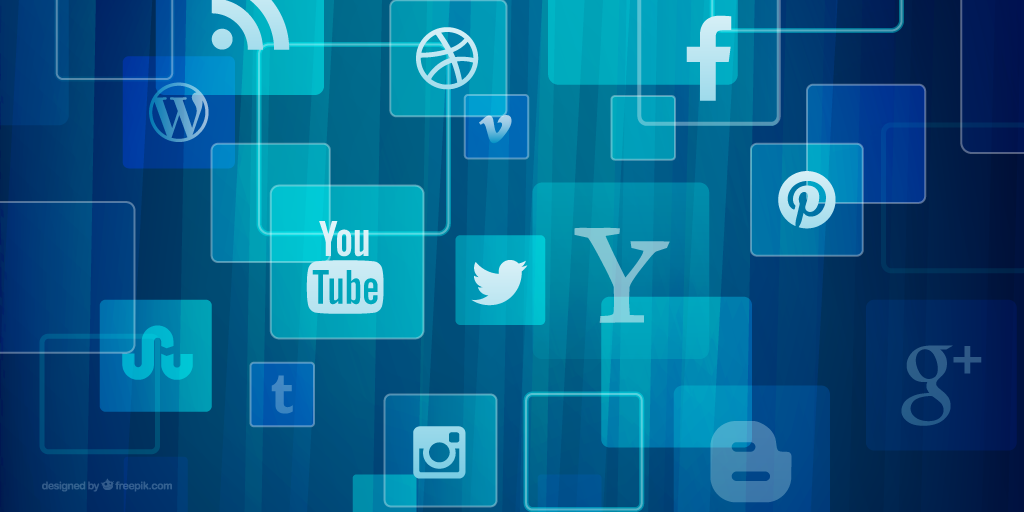 This heretical question is devoted to the first post of my new blog series, "What if ..." Imagine a world without social media, where you only have e-mail, SMS, letters, telephone and (you must not forget this in 2018 ...) the personal conversation. For information gathering, only search engines such as Google, RSS feeds from various news sites, Wikipedia and of course the local library or kiosk around the corner would be available. What exactly would you miss? What would be worse? What might even be better?

How do you imagine such a world? Writes it to me in the comments.

But what does it actually look like? What is the current status quo to social media?

According to a recent survey conducted by Bitkom Research in February this year, 9 out of 10 German Internet users are already dependent on the "drug" social media [1]. One in three German social media users can live a life without Facebook and Co. Already no longer imagine, among 14 to 29-year-olds it is even one in two. Even after the numerous scandals surrounding Facebook, this network is still the undisputed number 1 among German social media users (66%), closely followed by YouTube (51%). The advantages of these networks seem to be clear among respondents: "You know much better what friends, family and colleagues are doing at the moment" (60% of respondents) and are made aware of "opinions on certain topics that you otherwise do not "(67% of respondents). Both good and interesting arguments, but are they invariably positive?

The Glass Friend: Do you really have nothing to hide?

The first argument that "you know much better what friends, family and colleagues are doing today" implies a certain control body that the individual social media user has towards others, in this case friends, family members and work and work respectively. School-/Study Fellow. So one consciously or unconsciously makes one voluntarily become the so-called and much quoted "glass people," but many do not find this bad, because as you know they have nothing to hide. The fact that this can be a consequential fallacy has already had to be experienced by many users of social media in their own bodies, and by that I mean not only various celebrities who had fallen out of step in tone, taste and decency, but also a number of "ordinary citizens," who due to From unconsidered utterances ruined her own life – or that of others. A short internet search on 22.10.2018 on Google with the search term "fired for tweets" yielded a total of 120,000 search results, of which I had looked at the first 70.

The following headlines caught my eye:

I also found interesting overarching articles on the subject:

This list could still have gone on indefinitely, but I think these few enumerations are likely to be clear enough. So, how was that again with "I have nothing to hide"? All right, I focused only on professional life in this search. If you lose your job, it doesn't have to mean that the whole life is ruined, or does it? Anyone who has already been fired or was unsuccessfully job-seeking for a long time could see it differently. Moreover, it could be difficult for some to find employment again after such a scandal, since future potential employers also have access to the Internet. And the internet doesn't forget anything. Nor does it forgive anything. Also, there are no statute of limitations here, because if a rumor is set into the world, it can be as wrong as it wants, it always sticks in some form.

Opinion formation: Can you still find your way around the jungle of "fake news"?

The second argument that "one is made aware of opinions on certain issues that you would not otherwise have perceived" implies that one could be influenced or even manipulated by the opinions of others – in both good and certainly bad sense. This is due to the fact that, according to another survey by Bitkom Research in July this year, one in two German social media users can no longer distinguish advertising from normal content [2]. According to a 2016 Stanford University survey that surveyed 7,804 students from middle school to college [3], it was even more tragic. The survey found that 82% of respondents could not distinguish between a post (advertising) awarded as "sponsored content" and a real news story. Isn't that sad? Then, when "fake news" is added, how is an inexperienced social media user supposed to be able to protect himself from manipulation?

According to klicksafe.de, jugendschutz.net, the Centre of Excellence for the Protection of Youth on the Internet, reported a total of 612 postings and 540 comments on 6 manipulating news sites in 2016 [4]. 80% of the postings are said to have been quotes from reputable media, all of which were taken out of context and used for racist propaganda. Among the comments, 36 inciting statements or calls for violence stood out and the basic tone of the comments was seemingly "marked by raw language."

Tips on how to recognize "fake news" are the article by klicksafe.de, which I highly recommend. Take a look.

So, you see, the arguments supposedly considered an advantage, I was able to turn into negative in the blink of an eye through short research and studies. And I assure you there were no fake news here, unfortunately. I'd be more comfortable if all this was just made up. But it's reality, unfortunately. And worse, it's just a small part of that reality.

But, everything always has two sides – nothing is just positive or just negative. Nor does social media. The basic idea behind connecting with all people around the world, being equal, no matter what your skin colour, culture or religion belongs to, making friends with people on the other end of the world who you don't get to know without these channels Would have, is already a great thing. I can't deny that either or talk small. That really has made the world move closer together. But unfortunately, people still remain just human beings. And the best theoretical model or the noblest thought always somehow becomes a kind of weapon in human hands. And if only it's that the group forces the individual into something they don't actually need or want.

Would, for example, Blogs, such as how I run a one, or companies completely remove themselves from social media, would be invisible these days, would have little customer loyalty, and would face constant criticism that they would not be up-to-date or outdated, and so would not be against the There are competitors that appear to be more modern and "hipper" by using these channels. For example, if you want to travel to the United States. In order to holiday or even apply for a visa to work there, it is currently at least advantageous to have active social media accounts that can be disclosed in the application form [5]. Because if you don't have one, you're probably at least as suspicious as using those accounts to organize or plan terrorist attacks or amok runs in the US.

Since there will continue to be this peer pressure, it will neither subside nor fade, it will continue to be social media in this or more modern form (e.g. In virtual realities). So all of us, including me, have no choice but to tweet and post. But we can do it wisely. Questioning messages, researching them, checking them for plausibility. We can think before sending a message to the world ourselves, what impact it could have and whether we can really stand by the statement that has been made – even years later. If we are angry because of something or someone, even if it may be so difficult to stop, take a breath and consider whether we really want to publish something now that can no longer be withdrawn. You don't always have to turn on everything and everyone verbally when you're after it. There used to be something like decency and mutual respect. That should still be possible today, including on social media. And even against general opinion, it's not uncool to be respectful of those around him. Because there are also sentient and vulnerable people behind the anonymous usernames – just like yourself. Don't forget this and behave.

Even children and adolescents could do the same. Because they, too, should already be able to distinguish between right and wrong if they had noticed it from the parents ' home.

In my opinion, the dog is buried. Parents and the school would have to know much better about the dangers and risks of social media, especially for children, and educate the kids about it at an early stage, so that they can't fall into one of the numerous traps. Children are still too unmoved, too naïve to escape or question a skillful manipulation. Nor can they unquestionably distinguish reality from fantasy or fiction. With the potential dangers, paedophilia could just be one of the big and terrible problems. Other are the worsening cyberbullying, the rampant shitstorm or various communities that, for example, Incitement bulimia, suicide or self-mutilation.

Perhaps social media should just be approved for full-year-olds. Because the dangers known today could be out of date again and tomorrow completely new dangers sprout out of the ground, which even adults cannot estimate or foresee. And honestly, why does a child need a Facebook account?

As a nerd blogger, am I satisfied with my internet provider?