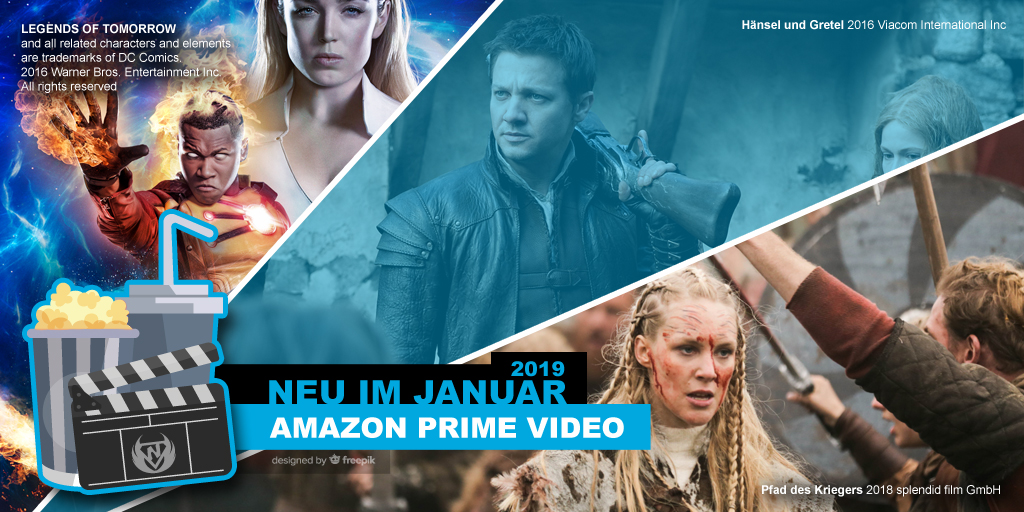 Since the 1st century BC. In January, our nerd hearts will be treated to new movies and series on Amazon Prime Video. This month it looks a bit mau for fantasy and science fiction enthusiasts at first glance, but also this time there are film beads. A particular movie highlight, in my opinion, is "47 Ronin," starring Keanu Reeves. The series, whoever likes it creepy, heads into season two with "The Exorcist." Those who want to make their evenings more action-packed will be delighted that the third season of DC's Legends of Tomorrow is available.

As usual for my blog, I focus on nerdy content. But because even a nerd sometimes appreciates sophisticated cinematic art, which has nothing to do with science fiction or fantasy, I will also list those film highlights.

These films listed here are all included in the "Prime Video" subscription, so there are no further costs for you when watching. Of course, there are also new movies and series to buy or borrow, but I didn't list them here.

Interesting films from other sectors

Movies for a fun movie night with friends

Nerve novelties for children and the young at heart

The images are from the Amazon Newsroom's "January Highlights at Prime Video" press kit, Stand 18.12.2018.
The illustration is Designed by freepik.com.